You currently do not have any widgets inside Off-Canvas sidebar. Add widgets in Appearance > Widgets > Off-Canvas Sidebar.

Startup validation lessons from the racetrack 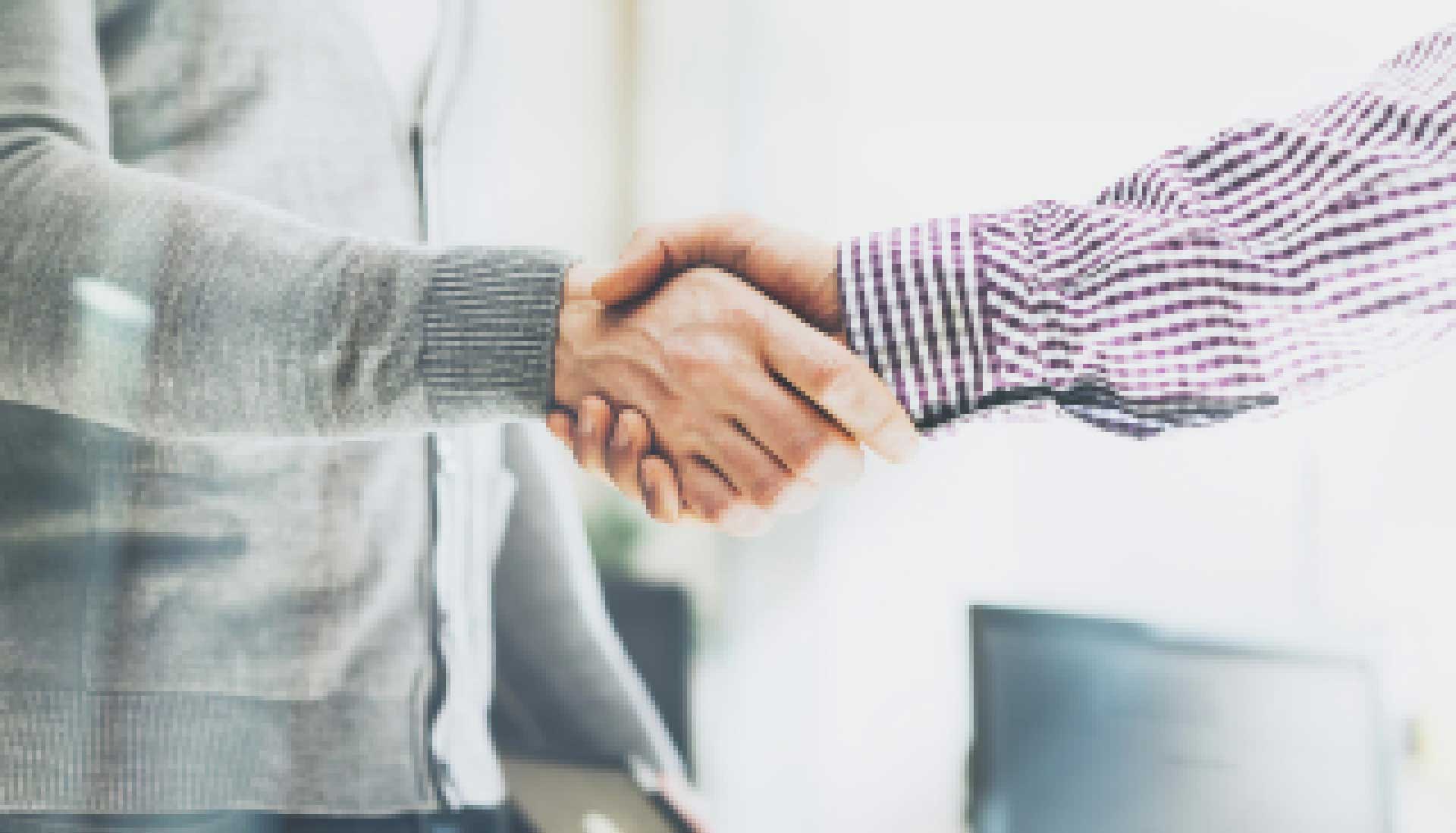 In my previous post I talked a little bit about how one of the first things Subhi and I did was try to carry out early stage validation of the business concept we had in mind for Kanari. I thought I would elaborate on this a little bit in this post as we’re making a conscious decision to continually tap into our customers and users for feedback to tell us how we should build Kanari both as a product and as a business.

As a motorsport engineer there were two sayings that I was particularly fond of. Although they’re framed in a racing context I think their meaning is just as relevant in a business environment.

The idea behind this first saying is fairly straightforward. Assume for a moment that you’re building something to execute a certain, well-defined task – in this case that something is a competition car (or motorcycle, boat, bicycle…) and the task is to be quickest around a racetrack.

If the car you’ve built crosses the finish line in first place and then breaks down then you know you’ve made the chassis and suspension components as light as they possibly can be in order to last for the duration of the race. You know you’ve designed the engine so that when it’s operating at the limit of its performance it’s just enough to beat your competitors to the finish line. In short, the car you have isn’t massively over-engineered and heavier/more powerful than it needs to be. Instead, you have a lean car with the optimum combination of power, weight and reliability. How do you get there though?

“Make it fast… and then make it reliable”

You get there by taking one of two approaches. You could start out by being conservative and designing all the car’s components to be much heavier and stronger than they really need to be. This would certainly make the car reliable but all the extra kilos would make it slow – your competitors would drive circles around you. You could then try to shave some weight off a few of the components and hope that nothing breaks, and then you’d repeat the exercise. That would be a time consuming approach though because figuring out where to begin and where to stop would be tricky.

Instead of that conservative approach you could be more aggressive and build something that’s fast. You’d do this by making the components of the car as light as reasonably possible and then you’d test the car rigorously to simulate racing conditions. As soon as the first component fails you know exactly what the weakest link in the chain is. You then focus your efforts on optimising that component and continue testing until the next component fails – this is now the weakest link and a prime target for a redesign.

Test, redesign, validate… and repeat. It’s an iterative process that would leave you with a car whose components are just as heavy and strong as they need to be in order to get to the finish line as quickly as possible.

Enough car talk, on to business..

What do engines, lightweight components and racing have to do with Kanari you ask? More importantly, what do they have to do with launching a startup? Well, quite a lot as it turns out. The test, redesign and validate loop can be an effective tool to build not just a racecar but a business as well. When I mentioned in my previous post that one of the first things we did was carry out early-stage validation of our concept I was referring to our first test-redesign-validate loop.

During the earliest stages of our concept development Subhi and I put together a list of all the features Kanari should have, who our target market was, how Kanari would be priced and how we would sell it. After much brainstorming, multiple eureka moments and plenty of double-espressos-thank-you-very-much we thought that we’d finally arrived at a feasible combination of features, target market, and price.

The key word here is ‘thought’… We didn’t know that we had a good combination but we thought we did. I’m not talking in hindsight here, we always tried to stay aware of the assumptions we were making.

Not your typical sales pitch

Now we all know what people say about assumptions but when you have nothing else they can serve as a good starting point as long as effort is made to validate them. That’s exactly what we tried to do… We worked with a graphic designer to put together a sharp, genuine-looking sales presentation for Kanari including details about it’s features and pricing. We then set up meetings with potential clients and business owners to pitch the product to them.

This was not your typical sales pitch though… we explicitly asked these people to be brutally honest with us and tear our pitch apart wherever they felt they could. This is when something interesting happened. They weren’t cagey or reluctant with their feedback for not wanting to come across as being impolite. On the contrary, I think they felt liberated by this uncommon approach and they did all they could to poke holes in our product and business model. You have to keep in mind that these business owners get badgered by salespeople trying to sell them things they don’t need on a daily basis. For them it was a little bit like a game or a roleplay where they were finally given the opportunity to throw all common courtesy to the wind and tell the salesman what they really thought about the product he was trying to sell to them.

Such open and transparent communication was very important for us because if these potential clients believed that our product was a pile of sh*t then we wanted to know sooner rather than later. As such we treated every meeting as a test and we very quickly identified what components in our racecar were failing. These ‘tests’ validated some of our initial assumptions, invalidated a few others and alerted us to new assumptions we should be making.

Overall, however, the general tone of the feedback we received during these meetings was very positive. This is what gives us the confidence to move forward with our second test-redesign-validate loop which will involve customers and users actually using a prototype of our product. It will be really interesting to see if the information we gathered from our ‘sales’ pitches put us on the right track or if the feedback we get from real user testing is contradictory to what we’ve heard so far. It’ll probably be a combination of both but only time will tell… We should be in a position to start testing Kanari out in the wild sometime in the first half of August. If you live in Dubai and would like to help us out then click here.

Be clear about what you don’t know

There’s an important thing about testing and startup validation that I wanted to touch upon before closing. You need to always be clear about what you’re testing and what the results mean, and more importantly, what they don’t mean. We’re acutely aware of the fact that at this point Kanari may be valuable to potential customers and that we may be able to sell it as a product. That is, however, all that we can conclude at this point… for us, real validation will only come when someone pays us in return for the value Kanari adds to their business.

If you’re interested in learning more about validation start by checking out The Lean Startup.

Thanks Hoda! We’re trying to post something interesting every week so come back soon to check out our new posts.

Im in love with your eagerness to fail fast. But just a note from what I’ve read.

First point: Hypothetical feedback has its limits. It sure is okay to sit with customers and pitch your ideas and get feedback based on what they imagine of your idea, but be aware that is also often more misguiding than helpful. Why? First of all, it doesn’t provide.an indication of the level.of continuous engagement and usage of your product. Manh products are tried out by people, few are really used. Think of the number of apps you thought were great and you downloaded and the number of apps you use 95% of the time. Huge difference. Only way to really know is to gather feedback from an actual prototype, and in that, preferably.don’t ask anyone for their opinions – many people don’t know what they truly like, what deters them, and really makes them want or leave your product. Then how? Gather data passively. Gather data about how your product is being used, how.often, what features, etc. Use that to analyze and adjust. Plus, the most honest verbal feedback is usually that which you do not solicit.

Please do not hesitate to contact me for more lean startup fire and bouncing of ideas! I spent sometime in the valley last summer.

Hi Shihab, thanks for your thoughtful comments! You make very good points and I agree with all of them. Prototype testing with real users and real clients is our next step and we will definitely be observing our user group and their behaviour very carefully. We’re treating it like a scientific experiment in that respect.. Hopefully we’ll be able to combine all the real-world feedback we get from people with the results our analytics tools give us in order make decisions on how best to move forward.

Are you based in Dubai? Do you work at a startup?